/ Blog / Milk the cows, shear the sheep and feed the baby dragon in Bamba Farm for iOS 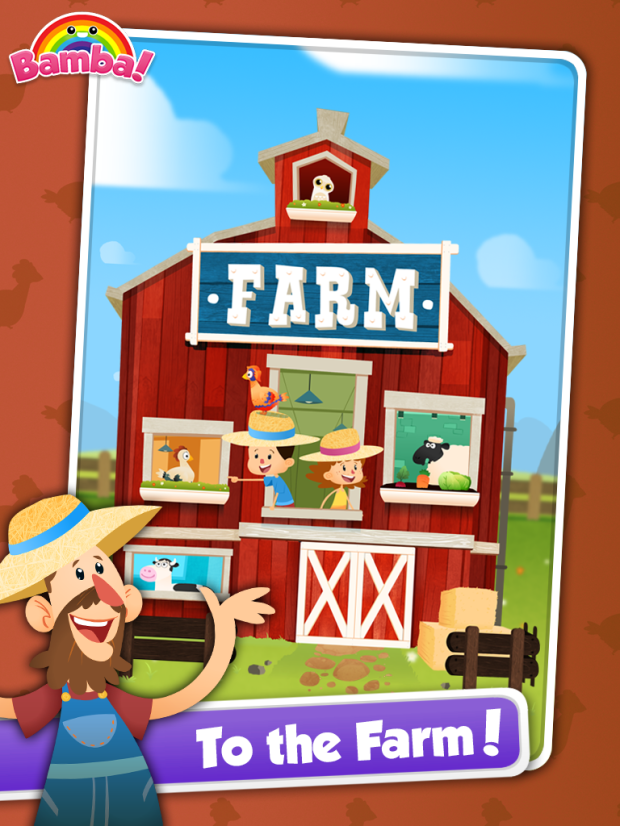 A new app has been launched worldwide by makers of the popular Bamba series of educational kids apps. Bamba Farm is the latest creation from the Singapore-based studio, Mezmedia. As with the other Bamba titles, Bamba Farm is another example of the developer’s mantra: learn-through-play. Aimed at kids aged two and above, this app is available universally for the iPhone and the iPad.

Kids who visit Bamba Farm will be enthralled by all the activities they can do. There are six areas in the farm kids can go: the chicken coop, the horse’s stable, the sheep shearing salon, the lamb pen, the vegetable patch and the cow barn. Within each area are a few activities kids can do. At the same time, kids learn about numbers and how to count. Each number is accompanied by a voiceover in English. Kids learn to count all the way up to twelve.

Every farm animal is wonderfully illustrated and wacky at the same time. Shearing the sheep of its wool reveals some crazy sheep ‘underwear’. The cows come in different colours and there’s even a robot cow that comes up at random. In fact, such off-kilter random events are a trademark of Bamba apps. Once in a while, Mama Dragon appears laying dragon eggs. At the horse’s stable, Unidonk (a recurring character in Bamba apps) magically appears if you’re lucky.

“We are very excited by the launch of Bamba Farm. Though there are many farm- and animal-based apps out there, we think Bamba Farm will stand out from the rest because of the multitude of activities kids can do, leading to longer engagement times,” said John Ng, co-founder of Bamba. “Not only that, the wacky characters that appear at random gives the element of surprise, encouraging repetitive play and learning. Bamba Farm is one of the most beautiful apps we’ve made and we are extremely proud to share it with kids all around the world.”

Pricing and Availability:
Bamba Farm 1.0.0 is $4.99 USD (or equivalent amount in other currencies) and available worldwide exclusively through the App Store in the Education category. The makers of Bamba apps take privacy very seriously and serves no third-party ads or in-app purchases. All external links (if any) are blocked by a Parental Gate so parents can rest assured that their children will have a safe experience with Bamba Farm.